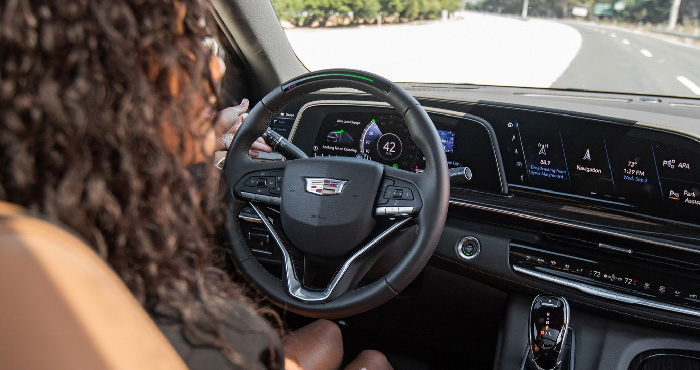 GM and Cadillac drivers have spent traveled than 10 million miles with their hands in their laps since General Motors introduced its Super Cruise driver-assist system back in 2017. On Wednesday, the company unveiled its next-generation hands-free system — one that GM claims will “ultimately enable hands-free driving in 95 percent of all driving scenarios” — dubbed, Ultra Cruise.

What sets Ultra Cruise apart from similar systems, such as Ford’s BlueCruise, is that Ultra is designed to work virtually everywhere in the US and Canada. At launch, the system is expected to work on 2 million miles of North American roads — that includes highways, city and subdivision streets, and paved rural roads — and will eventually expand to encompass some 3.4 million miles of asphalt.

If you’ve just bought a Super Cruise-enabled vehicle (or are planning to buy one of the 22 models GM will have available by 2023), don’t worry, it’s not going anywhere. GM plans to continue offering Super Cruise for its more mainstream vehicles such as the Escalade, CT4/CT5, Silverado, and Sierra while Ultra Cruise will be reserved for the company’s premium offerings. GM hasn’t specified which vehicle will be the first to get it, though the company did note that select 2023 Cadillacs will be at the head of the line.

At TechVersions, we are committed to bringing together the best technology content available on the internet. From the latest news trends to blogs and tech events, we keep our readers engaged with current and innovative posts.